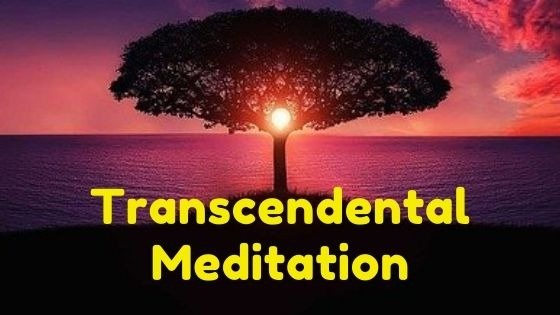 What is Transcendental Meditation?

Many meditation seekers wish to know how to do transcendental meditation. The so-called Transcendental Meditation (TM) is not a technique of millenary meditation, nor is it associated with any specific set of teachings such as the case of Vipassana meditation and Dhamma.

On the contrary, it is a commercial name registered as a trademark by the Maharishi foundation, founded by the Indian guru Maharishi Mahesh Yogi and currently directed by the American film director David Lynch.

What does Transcendental Meditation mean?

Just as, in general, it is really difficult to define with words the dimension, foundation and method of many meditative practices, in the case of transcendental meditation (TM) it is not very complicated.

Simply reviewing its history (something that we will do next) we can make a pretty clear idea of the many differences that exist between other millenarian disciplines and this practice so lavished by Hollywood celebrities and we could present as “The Show of Spirituality”.

Transcendental meditation (TM) is a meditation technique based on the repetition of mantras. But we do not speak of traditional Hindu mantras, nor of their meaning, nor of the intention with which they have traditionally been used in the philosophical and spiritual tradition, but of a specific (supposedly personalized) mantra that a “qualified trainer” offers in exchange for a considerable sum of money.

In the official pages of transcendental meditation (TM) it is assured that it is the simplest and the easiest technique; It does not require great commitment and it is only necessary to dedicate about 20 minutes.

The Foundation ensures that there are hundreds of investigations that reveal its effectiveness in reducing stress levels. However, its detractors argue that both the academics and the funding of these studies are directly related to the organization.

We cannot be sure about it. What is certain; is that there are numerous unbiased studies (increasingly) that demonstrate the beneficial impact of meditation on physical, mental and emotional health. Of course, referring to vipassana meditation, a technique much more complex and elaborate.

But, to better understand the concept of how to do transcendental meditation (TM) it is best to take a look at the history of its creator, Maharishi Mahesh Yogi.

The secrecy surrounding transcendental meditation (TM) starts from its own creator, because its origins are not very clear.

Wikipedia narrates that “he said he had studied physics”, so, it is understood, there is no evidence.

He was secretary of Swami Brahmananda Saraswati and faithful disciple, but the caste law in India prevented him from climbing in the organization, so in 1960 he moved to the United States.

There he began to teach a series of yoga and meditation techniques based, according to him, on a long tradition of teachers, which he called “Science of Creative Intelligence”. Not having much success or followers, he changed his name to “Movement for Spiritual Regeneration”, which later became known as Transcendental Meditation (TM).

His speeches perfectly matched the hippie movement of the time and, thanks to his relationship with some pop and rock stars, such as The Beatles or The Beach Boys, reached world fame.

In 1970, Robert Wallace (Ph.D. in physiology at the University of California), conducted studies that demonstrated the effectiveness of transcendental meditation (TM) when it comes to reducing oxygen consumption and metabolic rate (something that is also achieved by resting on a sofa or practicing relaxation techniques).

During the decade of the 80s, Maharishi promulgated the benefits of Ayurvedic medicine, which he renamed Maharishi Ayurveda (this man does not seem to integrate very well the foundation of meditation on the ego).

Numerous are the celebrities who were or are currently followers of Maharishi’s Transcendental Meditation such as:

How to do Transcendental Meditation?

Here’s a step by step simple guided technique on how to do transcendental meditation for you to practice. Anyone can practice the transcendental meditation technique, there’s no rocket science in it. It’s just that you must have a mantra and you really don’t have to pay a lot of dollars for the same. Rather, you can choose any mantra and start your practice – it’s as simple.

How much does Transcendental Meditation (TM) cost?: Fame and Money

I must admit that everything included in this article is based on information gathered in different media and in my personal opinion about such information, because I have never had the pleasure of paying for a transcendental meditation (TM) course, nor do I think I will ever do.

Bob Roth, executive director of the David Lynch Foundation, responsible for sponsoring the formation of Transcendental Meditation (TM), assures that this meditation technique is simple and elegant, natural and effortless (something that contrasts completely with millenary techniques). However, it ensures the same results.

Another curious aspect is the fact of paying between 1000 and 2000 euros in exchange for a supposedly personalized mantra, because, in fact, there are many people who have completed the course and claim to have discovered, later, that they do not get stuck with a personalized mantra but generalized according to the age group (this list of mantras according to age appears filtered and available on the internet).

This is the reason why it is so difficult to understand exactly how to do transcendental meditation (TM) and what all it consists of, since the official pages do not provide any specific information and precisely those who could explain it, are obliged not to do so.

This contrasts sharply with the Buddhist teachings of vipassana meditation, free and accessible to everyone through different means (courses, videos, books, etc.) and with the same heart of the Buddha’s teachings, which he dedicated all his life to Teach and share his findings with anyone who would like to learn.

In addition, it seems that there are courses of advanced transcendental meditation (TM) where participants are taught to levitate (the famous yogic flight), among other things, and that cost a lot more money.

As I read, the guru also offered a program of protection against theft and violence to millionaires and billionaires that consisted of hiring an army of levitadores that generated positive energy.

There is also information about the astronomical figures that must be paid by those who want to move up within the organization.

Honestly, I find it hard to believe that these data are true, because if so, it would be surprising that such prominent personalities from the world of culture (and even science) make propaganda of such unethical procedures and so contrary to the very foundation of the ancient meditative techniques.

In the first place, it is important to understand that every meditation technique, if done correctly, is beneficial, although it is also necessary to know the obstacles or difficulties to meditate with which we will find in order to overcome them.

But there are different methods and styles. Some of them could be understood as mere relaxation practices that reduce respiratory rate and heart rate and are great for reducing stress levels.

However, if we want to go one step further and benefit on a more global level (learn to be happy and change brain structures) then, it will be necessary to apply more complete techniques with greater commitment, perseverance and time.

Secondly, it is also important to be clear that the fact that there are studies and investigations is not synonymous with having a real and irrefutable proof, since it matters, and much, how those studies have been done and with what funding (interest or impartiality).

The most rigorous studies that have been carried out, have been developed in the field of mindfulness (academic and scientific), studying the brains of Buddhist monks who have thousands of years of practice and who confirm that, indeed, vipassana meditation (understood and applied in its entirety) generates changes in brain structure and reinforces areas related to happiness, empathy, emotional control, as well as also increases physical health by stimulating the immune system.

On the other hand, the millenarian teachings reflect an exceptional coherence. While it is true that the original doctrine can not arrive intact to our days (the interpretations are modified over time), reading old texts or faithful interpretations can help us greatly to understand the extraordinary dimension that encompasses, not only the meditative practice, but the study of human behavior and the very essence of happiness to which it is associated.

Otherwise, it is difficult to know what it is useful to attend to the breath if what we want is to be happy and, therefore, it is more complicated to have sufficient motivation. In all meditative philosophy, attachment and ego are shown as the main roots of suffering.

This does not mean that, to practice meditation or to be happy, one has to be poor and anonymous. But to search for it and exhibit it, in such a deliberate way clashes head-on with the very essence of Buddhist philosophy. That is, at least, my opinion.

Therefore, it is advisable to gather information about the different techniques and the precise methods of meditation, and for this I invite you to read:

In conclusion: When analyzing the history and content of transcendental meditation (TM), gives the impression that coherence shines by its absence, because money and fame are the main representatives of attachment and ego, precisely, the flag and standard of this organization.